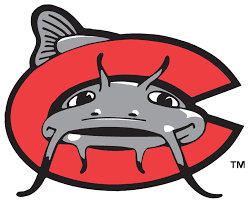 The Brewers had a very good farm system about 18 months ago.  They sensed that they were in their competitive window and made moves to win now.  They used their prospects to acquire Christian Yelich, Joakim Soria, Mike Moustakas, Curtis Granderson, Gio Gonzalez, Xavier Cedeno and Jonathan Schoop.  The Brewers got solid contributions in 2018 from rookie pitchers Freddy Peralta and Corbin Burnes.  They had a thrilling playoff series with the Dodgers in the NLCS and missed the World Series by a game.

The Brewers should have a very team again in 2019.  However,besides top prospect, Keston Hiura who should make his MLB debut in 2018, their farm system is one of weakest in baseball.  In 2017 the Mudcats had the best prospect team in the Carolina League with Isan Diaz, Lucas Erceg, Jake Gatewood, Monte Harrison, Corey Ray, Corbin Burnes, Freddy Peralta and Jordan Yamamoto.  The Mudcats in 2019 will not have many top prospects.

They do have several top international signings that are not mentioned because they have not played more than a handful of games stateside including Larry Ernesto, Eduarqui Fernandez, Carlos Rodriguez and Eduardo Garcia. 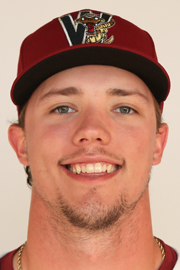 Tristen Lutz was the 34 pick in the 2017 draft and the Brewers went overslot to sign him and not go to University of Texas.  Lutz is a big, strong and reasonably athletic right handed outfielder. After signing in 2017, Lutz played 16 games in the AZL with a .905 OPS.  He was promoted to Helena in the Pioneer League where in 24 games he had a .992 OPS.  Lutz was a top target in dynasty league first year player drafts and was on several top prospect lists including 68 by Fangraphs.   In 2018 Lutz found that the jump from the Pioneer League to the Midwest League was a big one.  Lutz got off to a awful start, got better as the year went on and then struggled again at the end of his first full season. Lutz finished with a .742 OPS and 13 homers.  Lutz will have an opportunity in 2019 to make adjustments in his second full season and with a big year could be the Brewers top prospect next year. 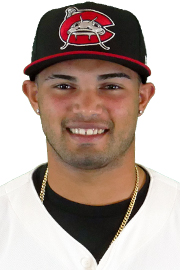 Feliciano was the 75th overall pick in the 2016 draft.and the Brewers have been very aggressive in promoting the catcher prospect from Puerto Rico. The Brewers obviously like Feliciano's skills and have not waited for him to be productive.  He would benefit from a full season with Mudcats repeating the level where he played in 2018.  In 2017, he spent the full year at Wisconsin in the Midwest, it was a challenge for Feliciano   In 2018, Feliciano missed the first two months of the season with an arm injury but was still promoted to the Mudcats where he never got on track. The Brewers were still aggressive with Feliciano, sending him to the Arizona Fall League but he ended up only playing a couple games before he got injured again and had shoulder surgery,   Feliciano will likely share catching duties with the Mudcats with Peyton Henry. 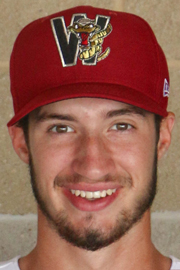 Ashby got off to a promising start to his pro career.  After getting his feet wet in Helena, Ashby started 7 games for Wisconson in the Midwest League striking out 47 in 37 innings and not giving up more than two earned runs in any of the starts.  As a JUCO in 2018, Ashby struck out 156 in 74 innings.  The lefty has an outstanding curveball. 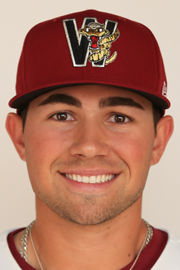 The Brewer took two prep catchers early in the 2016 draft. Henry was an overslot signing.  Despite being 18 months older than Mario Feleciano, Henry has been a level below Feleciano.  That will likely change in 2019 where it makes sense that they share the catcher duties for the Mudcats.  Henry threw out an  impressive 44% of runners in 2018.  Henry does need to work on reducing the strikeouts (124 in 337 at bats).  Henry was a cold weather prep signing from Utah so he is a little behind, but will be 22 in June. 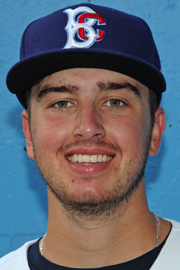 Hill was picked by the Mets in the 4th round of the 2018 draft, 15 picks before Aaron Ashby.  The right handed Hill was a SEC starting pitcher for the South Carolina Gamecocks.  He got off fast start in college in 2018 with two 14 strikeout games, but struggled with control the remainder of the season walking 55 in 83 innings.  Hill is an interesting prospect who the Brewers got from the the new Mets front office which has been aggressive in trading for major league depth.  Tall pitchers like Hill can struggle with mechanics which leads to control issues, but if he figures it out, he can be a mid rotation starter. In 2018 after the college season, the Mets eased Hill into pro ball with short outings in the New York Penn league. 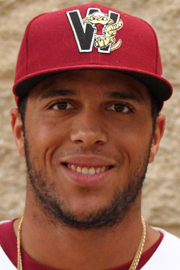 The undersized lefty, was the 515th pick in the draft, but one of the most productive as a pro in 2018 as a multi-inning reliever.   In 27 innings with Wisconsin in the Midwest League, Andrews had 42 strikeouts and 5 walks, holding hitters to a .156 average.  Andrew played one year at Long Beach State after a couple year in junior college.  According to Fangraphs, Andrews only throws in the upper 80s with a plus curve and changeup.  It will be interesting to see if Andrews is as successful in 2019 and if so how fast the Brewers move him up.

BriceTurang (SS)-The Brewers 1st round pick in the 2018 draft (21st overall) out of high school, Turang was expected to be drafted earlier but had a disappointing senior year. Turang was impressive as a pro in 2018, holding his own as an 18 year old with Helina in the Pioneer League.

Joe Gray (OF) - The Brewers like athletic free swinging outfielders.  Gray was the Brewers 2nd round draft pick (60th overall).  He is a project that is likely several year away from the Mudcats.

Micah Bello (OF) - The Brewers are active in drafting players from Hawaii.  Bello is another 2nd round draft pick in 2018.  He is undersized and fast and needs to get stronger.

Caden Lemons (P) - A 2nd round draft pick in 2017 out of high school, the 6'6" righty is another project. Lemons only threw 34 innings in 2018.  He did end the season with two strong game for Helina.
Posted by Carolina League Prospects at 8:01 AM