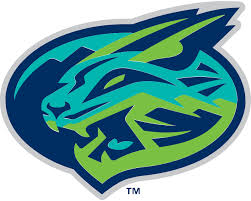 3-23-19 Update - Richard Palacios tore his labrum and is likely out for the year.


James Anderson, RotoWire's Lead Prospect Analyst, believes that the Indians will have a consensus top five farm system by the end of the year and could be the number one farm system by 2020.  However, most of those top prospects are unlikely to be in Lynchburg in 2019.  The Hillcats should have a very exciting team for prospect watchers in 2020 and 2021.  It will be a challenge for the Indians to find playing time for all their infield prospects.  Not even listed in the Future Carolina League Prospect section are three infield prospects who the Indians signed for over a million dollars each because they have yet to play stateside (Aaron Bracho, Gabriel Rodriguez and Junior Sanquintin). 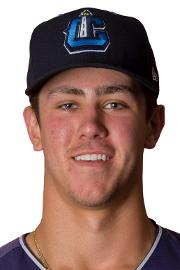 Like Nico Hoerner, Luis Robert and Nick Madrigal, Jones is a top prospect that could begin the 2019 in the Carolina League but is unlikely to stay very long.  Jones is a tall left handed hitting third basemen that projects as a major league regular.  He was promoted to Lynchburg from Lake County for the last month of 2018 and did not miss a beat with a .910 OPS for the Hillcats in the last 30 games. 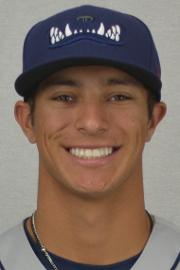 Freeman won the batting title in the NY Penn League in 2018 for Mahoning Valley hitting .352 on the year.  Look for Freeman, who is a year younger than Nolan Jones, to follow a similar timeline in 2019 to Jones in 2018 and get promoted to Lynchburg for the last month of the season.  Freeman is likely to end up as a 2nd basemen.  He has only struck out 34 times in 398 at bats as a pro.  Freeman also led the NY Penn League in doubles which could translate into homers as he gets older. 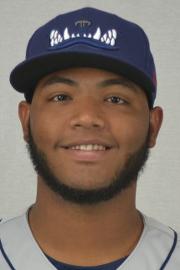 Oviedo has the look of a future top of the rotation arm.  He got a $375,000 signing bonus when the Indians signed him out of Venzuela.  The right hander already has four pitches including a sinking fastball in the mid 90s and changeup that projects as a plus pitch.  Oviedo struck out 61 in 48 inning with a 0.92 WHIP for Mahoning Valley in 2018. He was promoted to Lake County for two starts before missing the last few weeks with a minor injury. 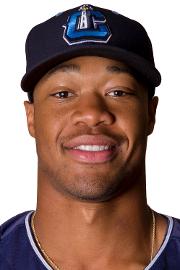 Will Benson is the ultimate puzzle for a hitting coach.  Benson looks like a tight end and has tremendous upside if he improves his hit tool.  The 14th overall pick in the 2016 draft, Benson is a true three outcome player.  Despite finishing the season with a .180 average with Lake County, he led the Midwest League with 22 homers and was 3rd with 82 walks.  Benson moves well and has a well above average arm. 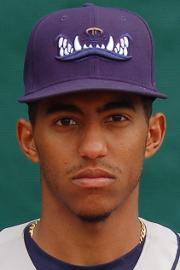 Palacios can hit and has good speed.  From a baseball family, he grew up in Brooklyn and went to Towson University.  After signing with the Indians, Palacios quickly established that he was too good for short season ball. He played the last 20 games for Lake County where he hit .300.  Whether Palacios can stay in the infield and if he hit with some power, will likely determine Palacios' level of success. 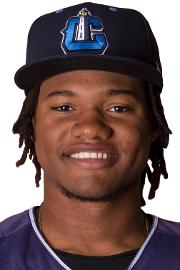 Gonzalez hit .292 with 13 homers for Lake County in 2018 and is very young.  However, what stands out about Gonzalez is that he only walked 12 times in 480 plate appearances. Becoming more selective as a  player advances levels is unusual as pitching becomes more challenging.  In 2018, of the 142 qualified hitters, only Dee Gordon had a lower walk percentage in the MLB than Gonzalez had in the Midwest League.  Gonzalez's free swinging approach makes him more a suspect than a prospect.  That Gonzalez is primarily limited to left field already, also will limit his value.

George Valera (OF) - Valera is considered the 2nd best prospect from the 2017 international class to Wander Franco.   He was assigned stateside in the AZL as a 17 year in 2018, but after a strong start broke his hamate bone and missed the remainder of the year.

Bo Naylor (C) - The Indians 2018 1st round pick, Naylor's brother Josh is a top prospect for the Padres.  Naylor is a strong hitter.  The big question is whether he sticks at catcher.

Ethan Hankins (P) Before missing time with a shoulder injury, Hankins was a candidate to be the top selection in the 2018 draft.  Ultimately, he was the 35 overall pick.  If Hankins is able to regain his stuff prior to the injury, he could be a real steal.

Lenny Torres (P) - Another high upside selection from the 2018 draft, Torres was the 41st overall selection. A high school cold weather pitcher, Torres did not turn 18 until October.

Raynel Delgado (INF) - A 2018 6th round draft choice that the Indians signed for 2nd round money, Delgado is a switch hitter that projects to hit for power once he fills out.

Jose Fermin (INF) -At 19 Fermin displayed outstanding bat control at Mahoning Valley with 39 walks to 26 strikeouts.  Fermin has above average speed and defensive skills.
Posted by Carolina League Prospects at 6:12 AM