The Birds snapped a 19-inning scoreless drought by hanging eight and shutting out the Nationals tonight. Kevonte Mitchell 3-for-4 2RBI's. @Pelicanbaseball ties the series at one a piece. Game two against the Nats tomorrow night! pic.twitter.com/oxM6014BVQ
— Kacy Hintz (@KacyHintz) May 31, 2019

All these things below are facts, and we have video proof:

Here are the highlights from tonight's 10-5 win over Carolina. pic.twitter.com/CWdWw2ml4b
— Winston-Salem Dash (@WSDashBaseball) May 31, 2019 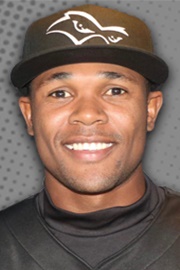 Down East and Salem suspended Tied at 1 in the 4th inning.  Game will continue tonight.  Jarren Duran has an inside the park homer

Lynchburg and Frederick's doubleheader was PPD.  DHs tonight and Saturday.

Posted by Carolina League Prospects at 3:17 AM