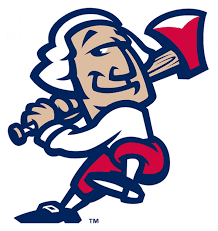 It will be an exciting year for the team previously known as the PNats.  They are moving a few exits south on Interstate 95 from the antiquated, Pzitner Stadium in Woodbridge to a brand new stadium in Fredericksburg. A naming contest resulted in the team keeping the Nationals name and they will be known as the FredNats, not to be confused with the Frederick Keys.

The new stadium combined with the excitement from the Washington Nationals winning the World Series should make the FredNats a hot ticket in 2020.

The Nationals typically have one or two blue chip prospects that they aggressively move through the minors that make a quick stop in the Carolina League such as Juan Soto and Luis Garcia in 2018.  However, in 2019 the PNats were lacking this type of stud prospect.  There are actually a surprising number of interesting prospects to monitor in the Nationals organization, especially pitchers returning from injury.  The Nationals have a few prospects that could pass through Fredericksburg in 2020 that have the potential to emerge as top hundred prospects during the season.

Antuna was signed for 3.9 million out of Dominican Republic. The Nationals aggressively started Antuna in the GCL in 2017 and he was impressive at seventeen.  Antuna was moved up to full season A ball in Hagerstown to begin 2018.  At some point early in the season, Antuna hurt his arm and according to JJ Cooper of Baseball America, his hitting and fielding was affected until he finally went on the disabled list and then had surgery.

Antuna has the potential to be a power hitting shortstop that could shoot up prospect rankings now that he is healthy.

Seth Romero (6'3" 240 lbs DOB 4-19-96 LHP 2017 1st round pick) is a very talented pitcher that has had a lot of off the field issues and injuries that have limited him to only 47.1 innings as a pro.  At University of Houston, Romero's first two years were excellent and he was set to be one of the top picks in the draft until being suspended and eventually kicked off the team.  The Nats, who love taking chances with big time talents, selected Romero as the twenty fifth overall pick.

Romero was suspended by the Nationals in the spring of 2018 for violating team rules.  Romero came back in June and made seven starts for Hagerstown before hurting his arm and undergoing Tommy John surgery.

Romero has been behaving and saying all the right thing while rehabbing.  When healthy, Romero throws in the low to mid nineties with a plus slider and change up.

Mason Denaburg (6'4" 195 lbs DOB 8-8-99 RHP 2018 1st round pick) battled arm issues as a Senior in high school and has not seemed quite right since the Nationals made Denaburg the twenty seventh overall pick in 2017 draft.  Denaburg only pitched 20.1 innings as a pro in the GCL and the results were rough.  Denaburg had minor surgery this off season.

Denaburg has a classic pitcher's build and when healthy throws in the mid to low ninties with a curveball that has the potential to be a plus pitch.  Denaburg was an older high school draft pick and will be twenty one in August so it important to get innings and start to make progress in 2020.

Israel Pineda (5'11" 190 lbs DOB 4-3-00 C RR 2016 IFA) the Nats were very aggressive with assigning Pineda to Hagerstown in the Sally League for the entire season as a teenager. Pineda struggled with the bat with a OPS under .600.  Defensively he was a mixed bag. Throwing out 44% of base stealers is impressive, but the twenty six passed balls are too many.

Pineda will surely begin 2020 in Hagerstown.   It will be interesting to see how much better Pineda is in 2020. He could move up to Fredericksburg with a good first half.

Schaller was not activated until June 23rd for Hagerstown.  He made twelve starts for Hagerstown pitching a total of 52 innings allowing 38 hits and 25 walks while striking out 47.  Schaller's future is likely in the bullpen, but it does not hurt to have him start for now.

Despite Irvin's size, he is not overpowering.  He is more of back end of the roster innings eater.  Irvin should have a spot in the FNats starting rotation to begin 2020.

Adon reportedly has a fastball in the mid to upper nineties and a slider that has the potential to be a strong pitch.  Adon's control still needs work, but improved significantly in 2019.  He went from a 7.36 walks per nine in 2018 to 3.77 walk per nine in 2019.

Have you told your friends and loved ones about Gilbert Lara yet? pic.twitter.com/4MTMUk2s4C
— Fredericksburg Nationals (@FXBGNats) July 16, 2019


Gilbert Lara (6'4" 198 lbs DOB 10-30-97 SS-3B RR 2014 IFA signing) was the largest J2 signing in Brewers franchise history when they signed Lara in 2014 for 3.2 million.  Not every top international free agent turns into Vladimir Guerrero Jr, Wander Franco or Julio Rodriguez. In fact based on MLB Pipeline's list on the top 30 international free agents from 2014, Lara might be one of the more successful players.

Lara was traded to the Nationals along with  KJ Harrison on August 31, 2018 for Gio Gonzalez.  Lara began 2019 at Hagerstown in the Sally League, his  third straight year at that level.  He got off off to a good start in April but slowed down after that.  However, Lara was still promoted to Potomac on July 4th.

Lara played shortstop for the PNats after splitting time between short and third previously.  Lara is solid in the field but third base is his likely future position.  Lara is still only 22 and has good size and athleticism.  He made some progress in 2019 and should hit for more power as he gets older and works on driving the ball.


Malvin Pena  (6'2" 180 lbs DOB 6-24-97 RHP 2014 IFA signing) missed considerable time with arm injuries early in his career. Pena was finally healthy in 2018 and showed promise.  The Nationals were very aggressive in assigning Pena to Potomac to begin 2019 after only 50 innings above the GCL.

Pena had a few good outings but struggled with the long ball, allowed 20 homers in only 107 innings.  This was the most homers allowed in the Carolina League and points to command issues.

Pena is considerably bigger than his listed weight and his future is likely in the bullpen.

Either Fredericksburg or Harrisburg

Cate is not the hardest thrower but is able to spot the fastball well and he has a nasty curveball.  A successful 2020 season could put Cate on the cusp of the majors.

Canning will need to show improvement in 2020 to remain a prospect.  Fortunately for Canning the Nats do not have many outfielders that are legitimate prospects ahead of Canning so he will get another good look.

Gabe Klobosits (6'7" 270 lbs DOB 5-16-95 RHP 2017 36th round) is a very large man that is solely a relief pitcher.  He  showed some promise after being a late round pick out of Auburn but then he hurt his arm and had Tommy John surgery in early 2018. Klobosits came back at the end of 2019 and put up 17.1 scoreless innings between Hagerstown and Potomac.  He was not throwing as hard as he normally would, but had surprisingly improved control.  With his size, Klobosits gets excellent extension.

Klobosits will be twenty five in May and will look to move quickly since he should be fully healthy in 2020.

Likely to be Promoted to Harrisburg

After the PNats season ended, the National promoted several prospect to Harrisburg for the AA playoffs. These prospects will still be included in the 2020 promotions.

Cole Freeman (2B-CF) - it was surprising that Freeman was not promoted to Harrisburg until after the PNats season was over since he turned 25 in September.  Freeman was a 2017 4th round pick out of LSU that had a very solid season as a leadoff hitter for the PNats (.311 / .394 / .798 with 31 steals in 37 attempts).  Freeman played 46 games in centerfield in 2019, his first time playing the outfield as a pro.  The versatility will help Freeman reach the majors especially now with twenty six man rosters.

Jakson Reetz (C) - a 3rd round draft choice out of high school way back in 2014, Reetz had by far the best year of his career in 2014. Reetz turned twenty four in January and in 2019 he hit .253 /.370 /.812 with 13 homers while providing solid defense including throwing out 41% of base stealers.  Reetz looks like a strong candidate to be a future back up catcher in the major leagues.

Carson Teel (LHP) - A undersized (6'0" 160 lbs ) 2018 16th round draft pick who was an advanced college pitcher (Oklahoma State) who had a solid season for the PNats (104 innings allowing 88 hits while walking 32 and striking out 93).  Teel was the Carolina League player of the month in August.

Teel started sixteen games for the PNats and made nine appearances out of the bullpen.  His stuff plays up out of the pen (24 strikeouts in 17.2 innings) and that is likely his future role.

Raquet is not the hardest thrower, but battles hard and is smart.  At twenty four, 2020 will be a big year for Raquet who should be in the Harrisburg starting rotation.

The Nationals draft philosophy under Mike Rizzo has been to gamble on high risk, high reward prospects and if they work out, move them through the system quickly.  Obviously with a World Series Championship it is difficult to argue with their success.  The Nats did not have a 2nd round pick as a result of signing Patrick Corbin.  They literally went huge with their first two picks who are a combined 480 lbs.


Clips of #Nationals first rounder RHP Jackson Rutledge from earlier this month. Battled command and off-speed consistency in this outing, still showed flashes of easy velo and sharp SL. CH looks behind the other two pitches but wrinkles a handful with fade to LHH. #OnePursuit pic.twitter.com/VwpNzOHc4A
— Adam McInturff (@2080adam) July 21, 2019


Rutledge was impressive given his level of experience at Hagerstown in the Sally League League only allowing 22 hits in 37 innings although the 15 walks were too high.  Unlike most pitchers from the 2019 draft, Rutledge was stretched out as a pro, going five innings, four times in six starts.

Drew Mendoza with a moonshot that is still in the stratosphere. ☄️

Gage Hutchinson on the mound in the bottom of the ninth.


Matt Cronin (6'2" 195 lbs DOB 9-20-97 LHP) is solely a reliever. At Arkansas, Cronin was the closer his final two years.  He was briefly a teammate of Jackson Rutledge at Arkansas.

Cronin began his pro career at Hagerstown in the Sally League and was too advanced for the level (22 innings with 41 strikeouts). He likely does not have the skills to be a major league closer (he is more deceptive than overpowering), but he is a polished lefthander that should advance quickly.  Cronin has a chance to be one of the first players in the draft class to reach the majors.


#Nationals select RHP Tyler Dyson (Florida) with their 5th Round pick, #153 overall. Has flashed Day One stuff in the past, with a FB that touches 96-97 and hard SL. Struggled this spring and has some health questions. Reclamation project w/ intriguing two-pitch mix. #OnePursuit pic.twitter.com/uhY9KIgJP5
— Adam McInturff (@2080adam) June 4, 2019


Tyler  Dyson (6'3" 210 lbs DOB 12-24-97 RHP) Florida seems to have at least one top pitching prospect every year.  Dyson  underperformed in college where his best year was as a freshman.

Dyson spent his first pro year at Auburn in the NY Penn League.  He only allowed four earned runs in 33.2 innings with 0.83 WHIP.  However, the lack of strikeouts (17) stood out.

One Down The Road To Monitor

The Nationals love to challenge their most talented prospects so Lara could be at Fredericksburg sooner than expected.